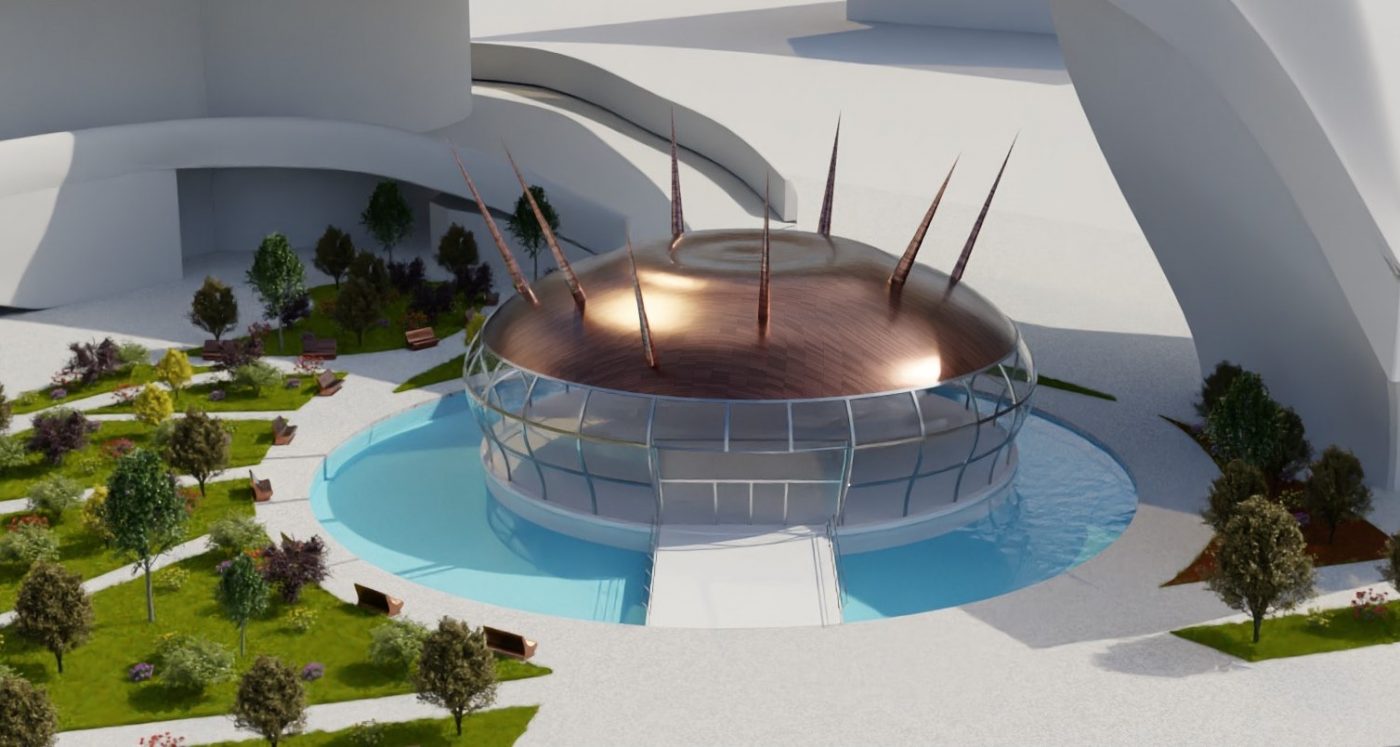 Creating a public STEM / STEAM Science Center as our response to the Request for Qualifications (RFQ), Public Art Competition.

The project is literally a “lightning rod” for the downtown community. The copper roof of the STEAM Maker Space and Science Center are conductive rods to create evening light shows (see https://youtu.be/PdrqdW4Miao). The Center will have interactive kinetic artwork, a cafe, science exhibits, and drop-in maker space in electronics, computer programming, and mechatronics.

The Center will have a projection-mapped exterior with digital performances. The interior space will include Laser Cutters, 3D printers, and power tools.

The images below only pertain to the modeling of the experience, to see the process of developing visitor experience; empathy mapping, personas, stakeholder analysis, system mapping, and service design see Discovery Center at Murfree Spring. 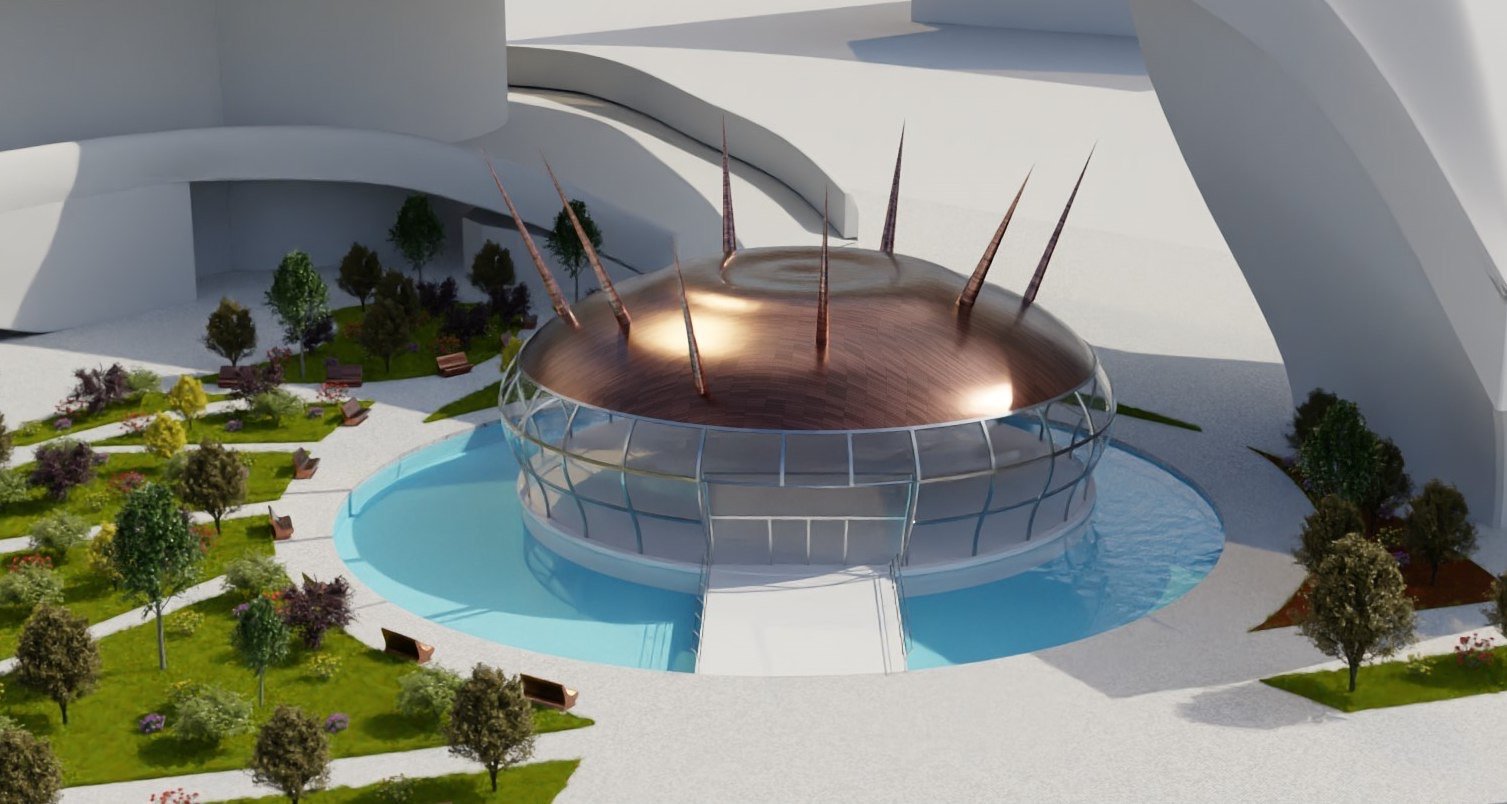 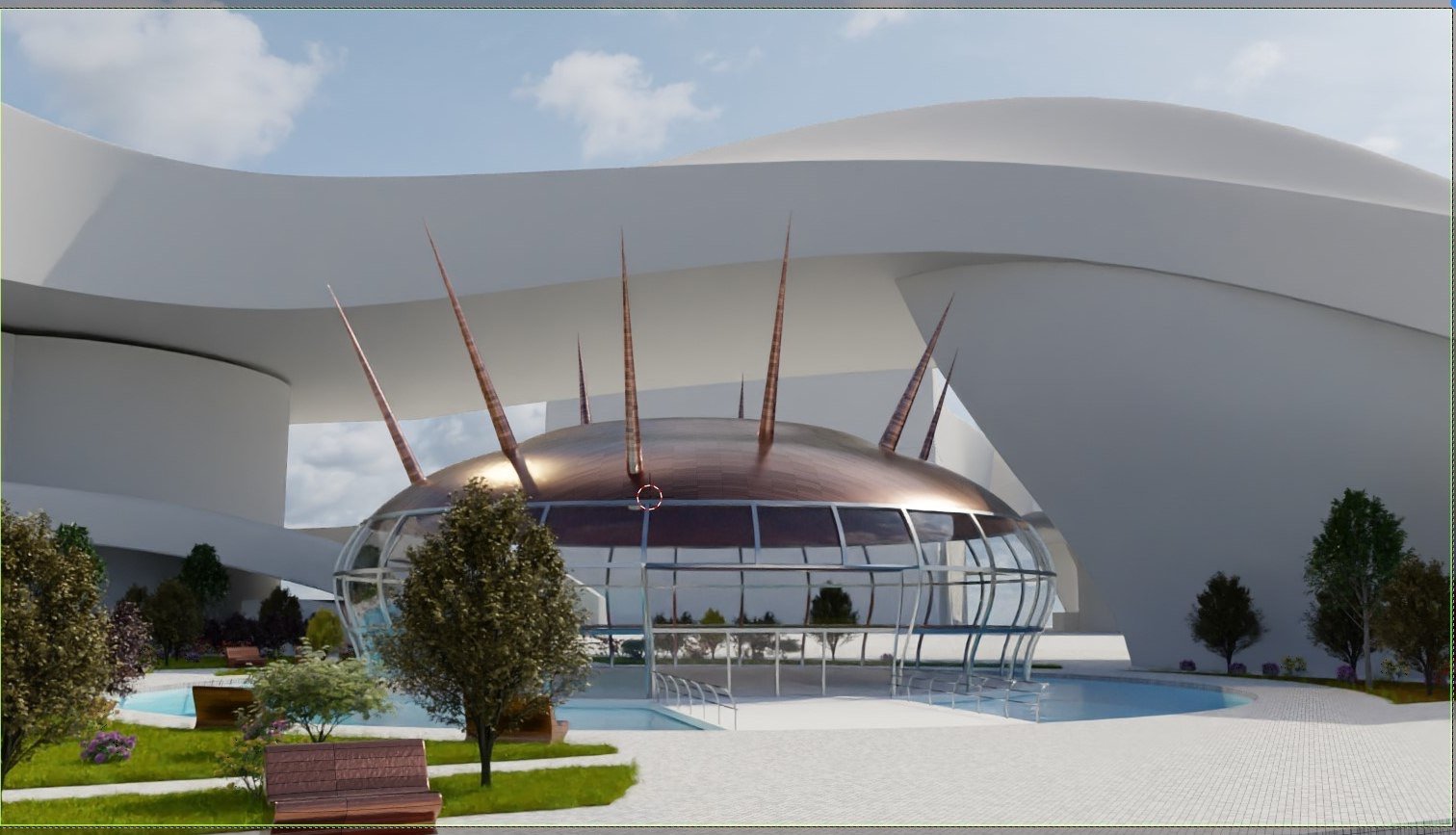 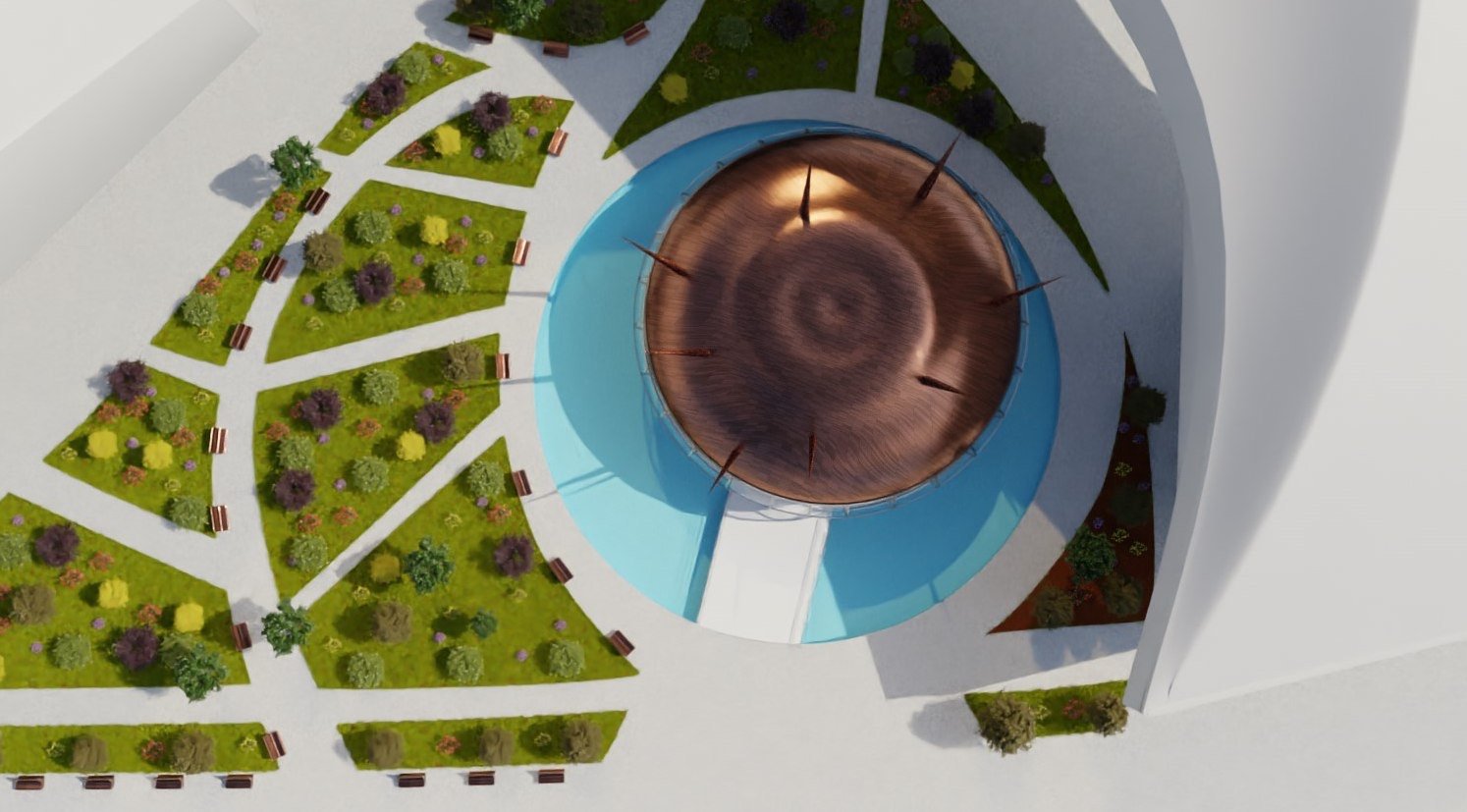 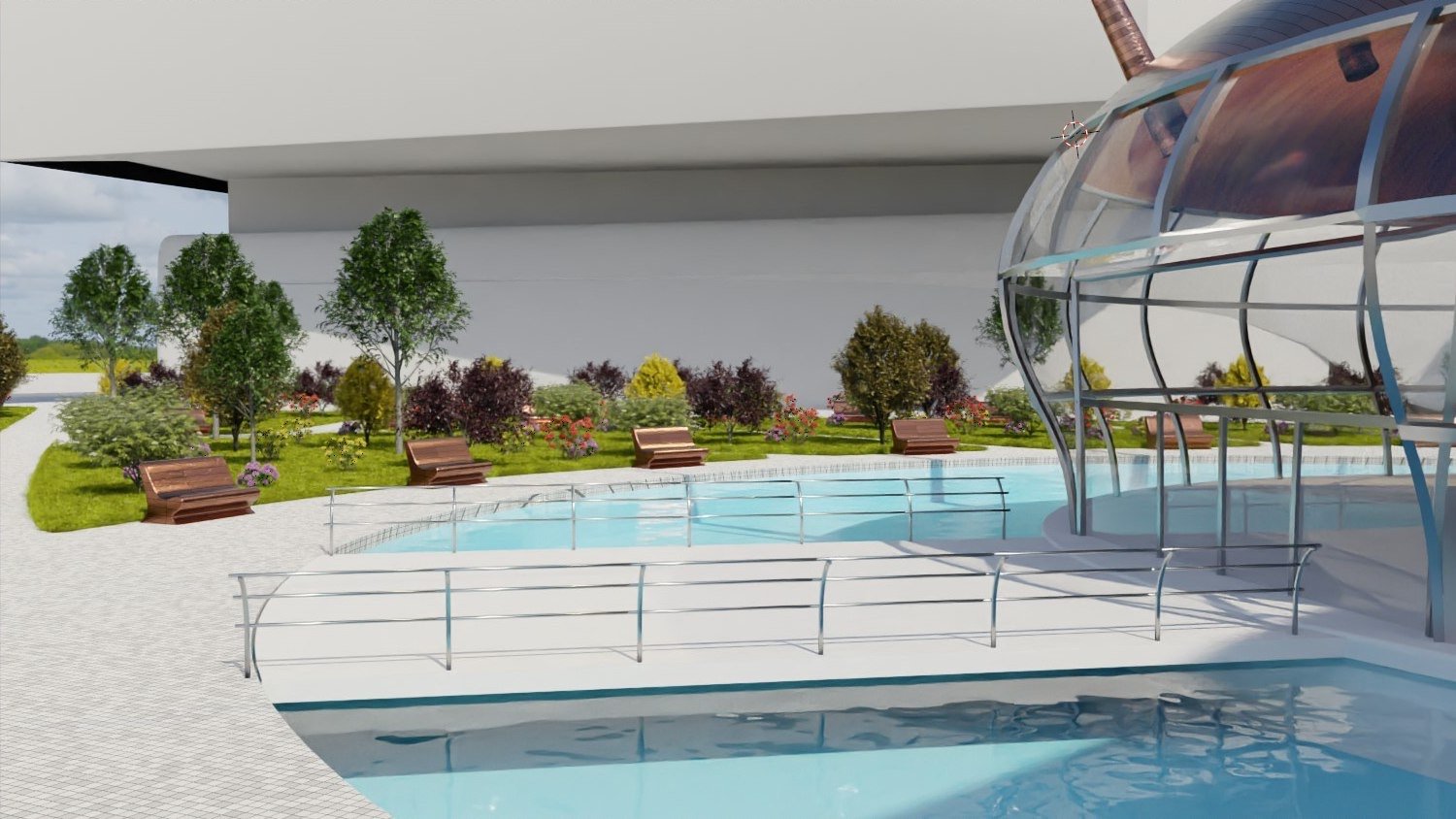 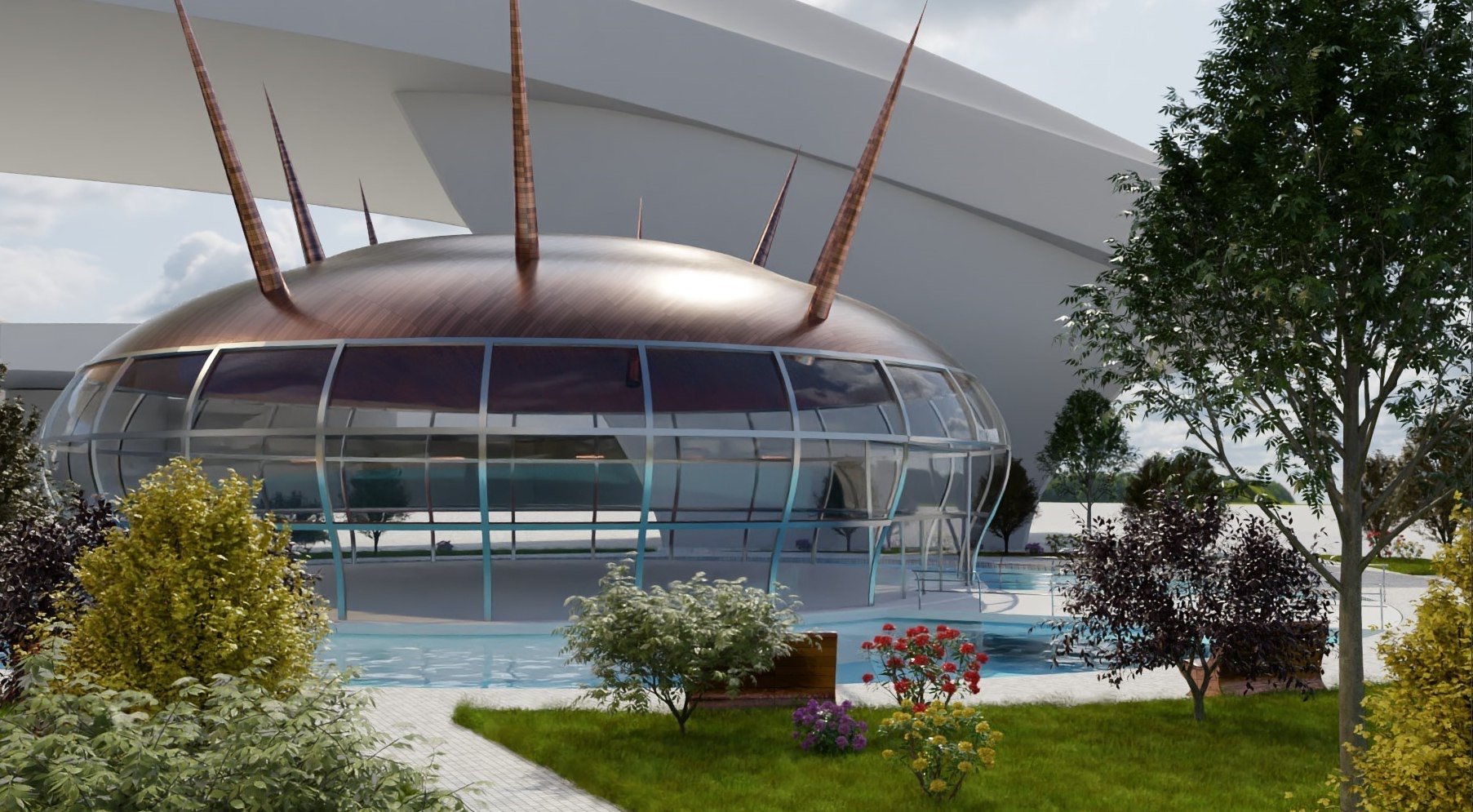 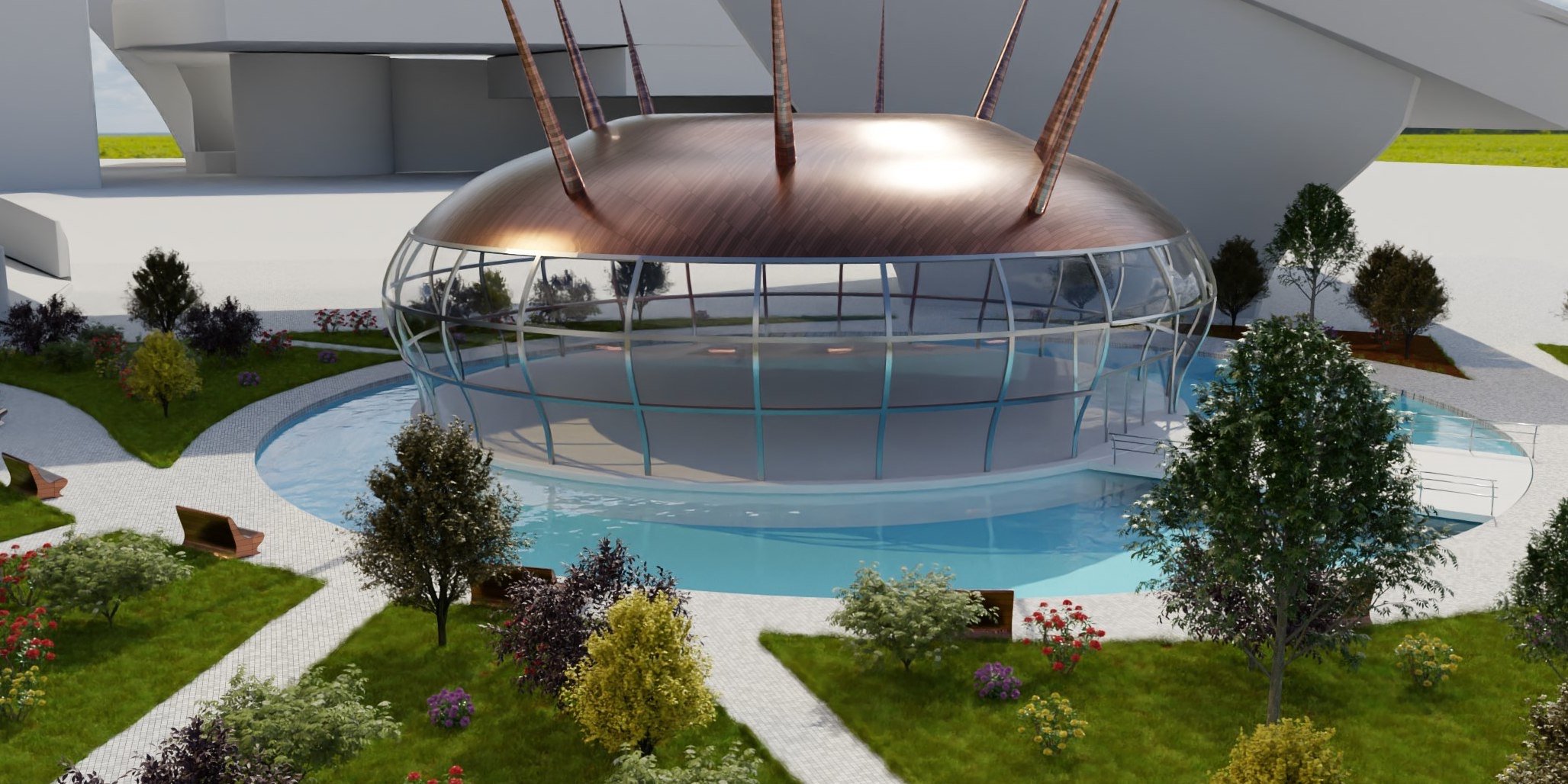 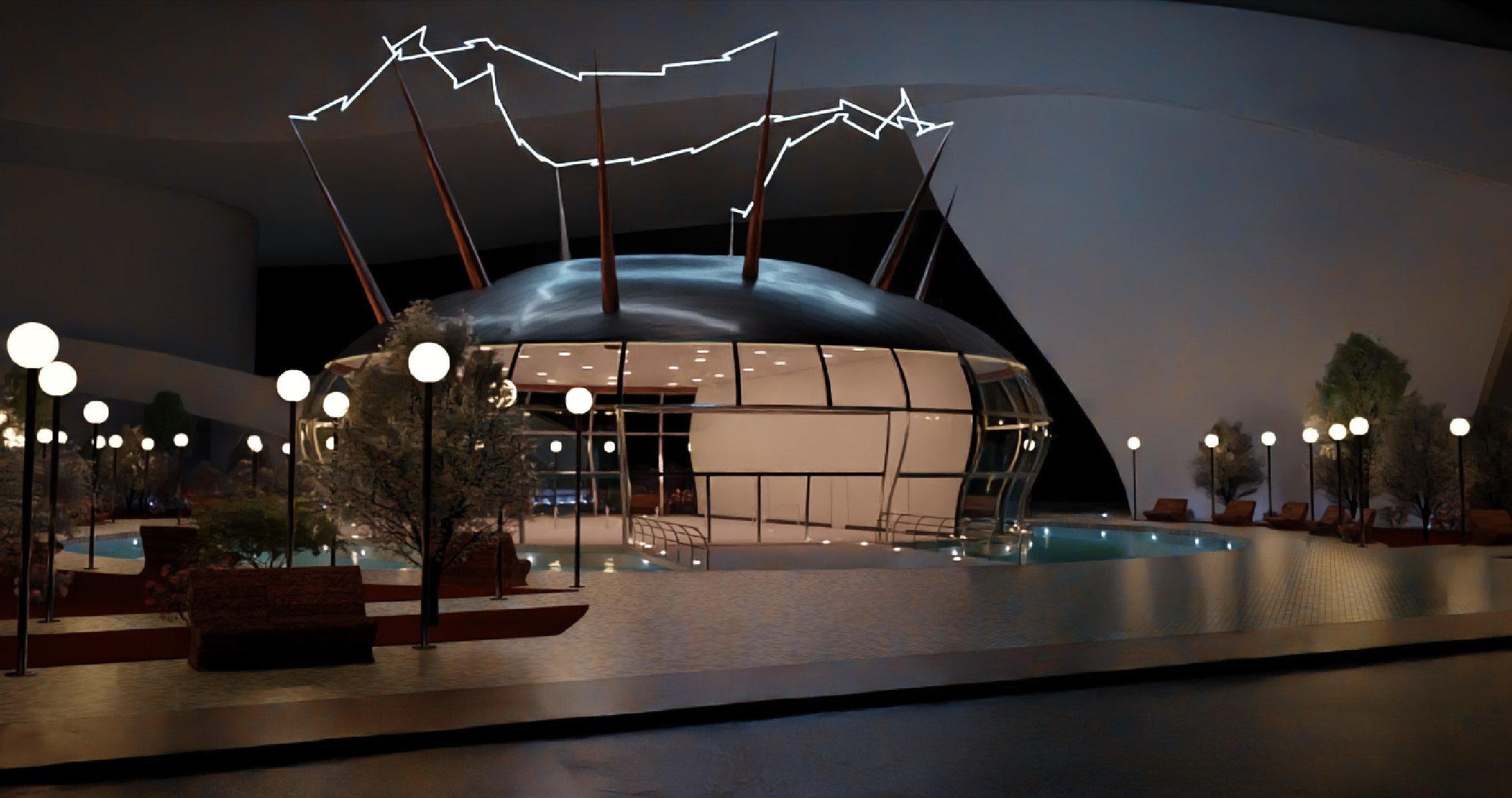 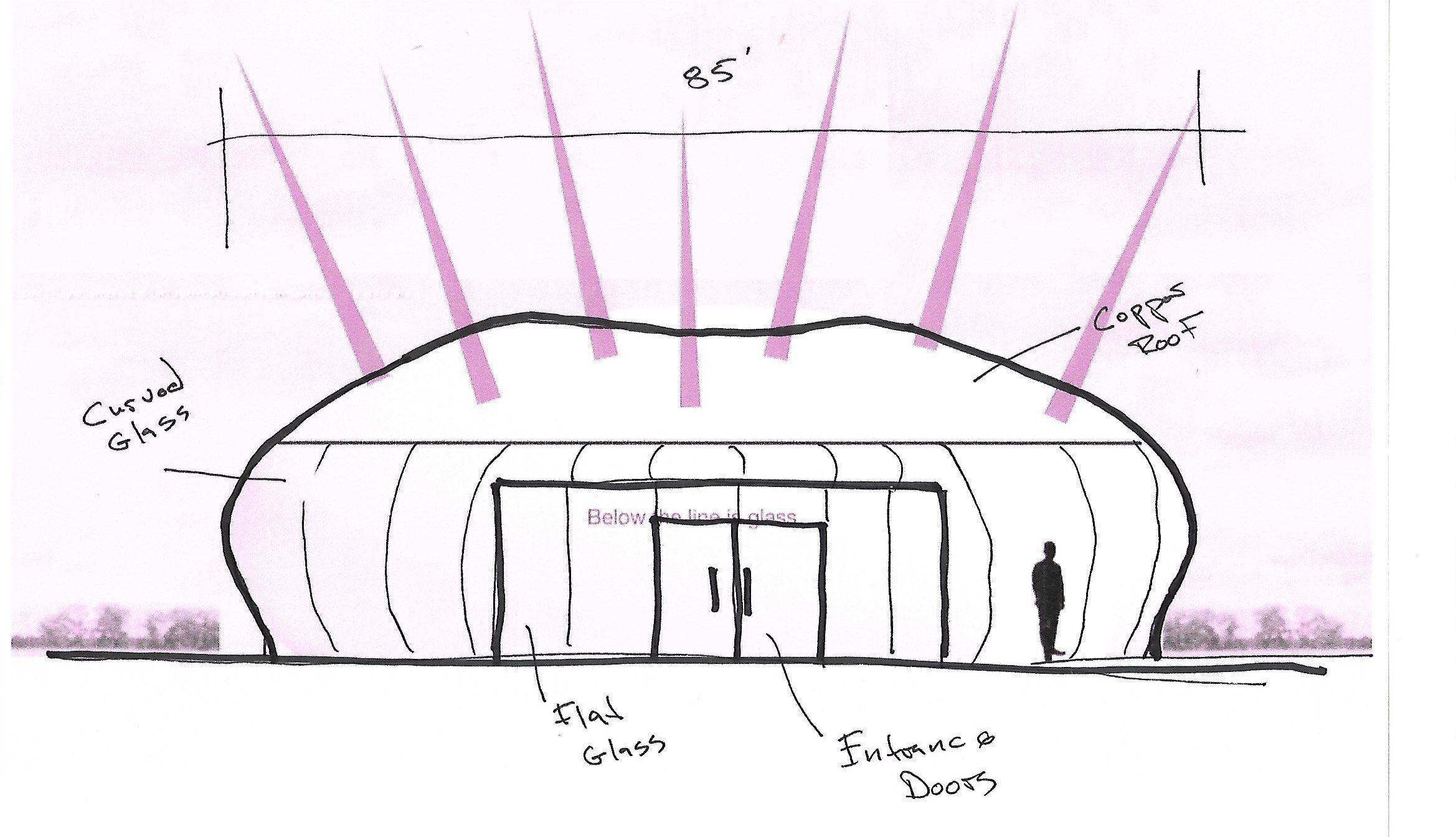 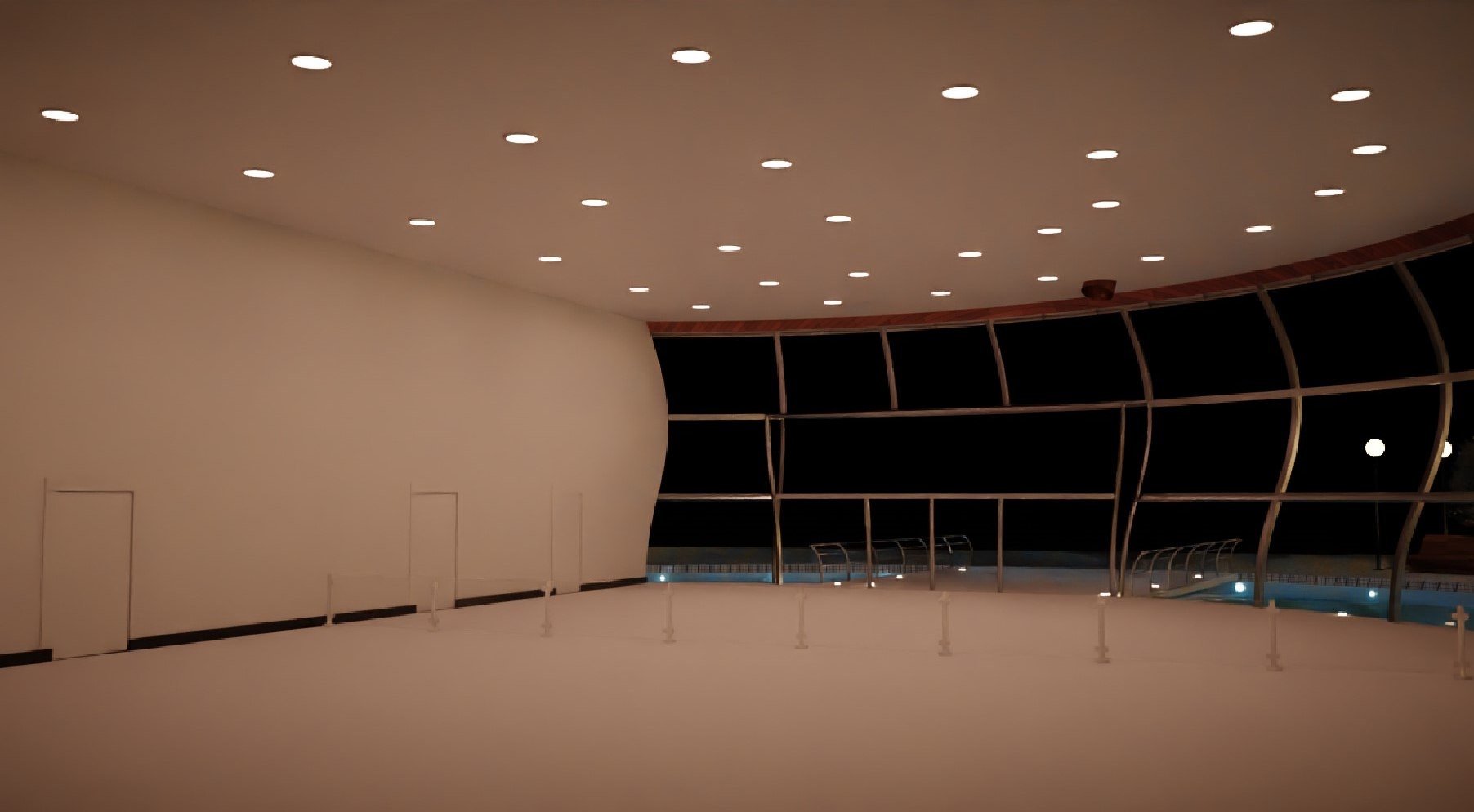 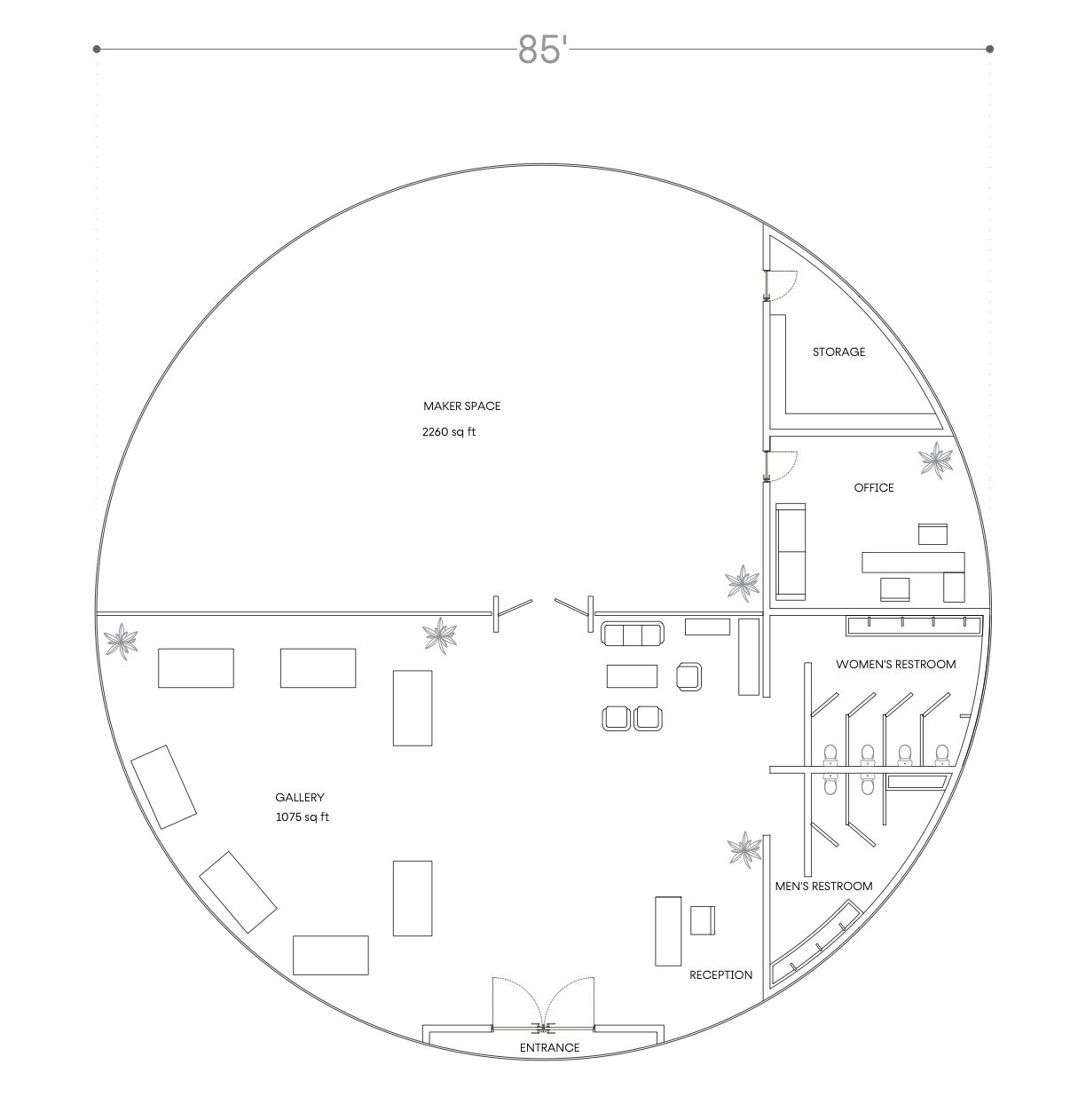 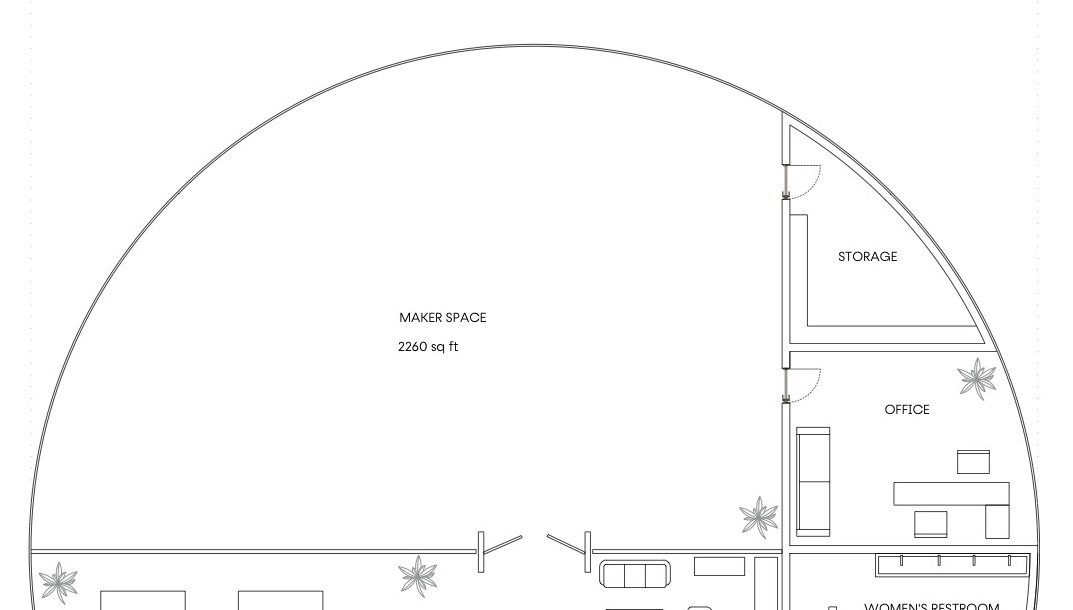 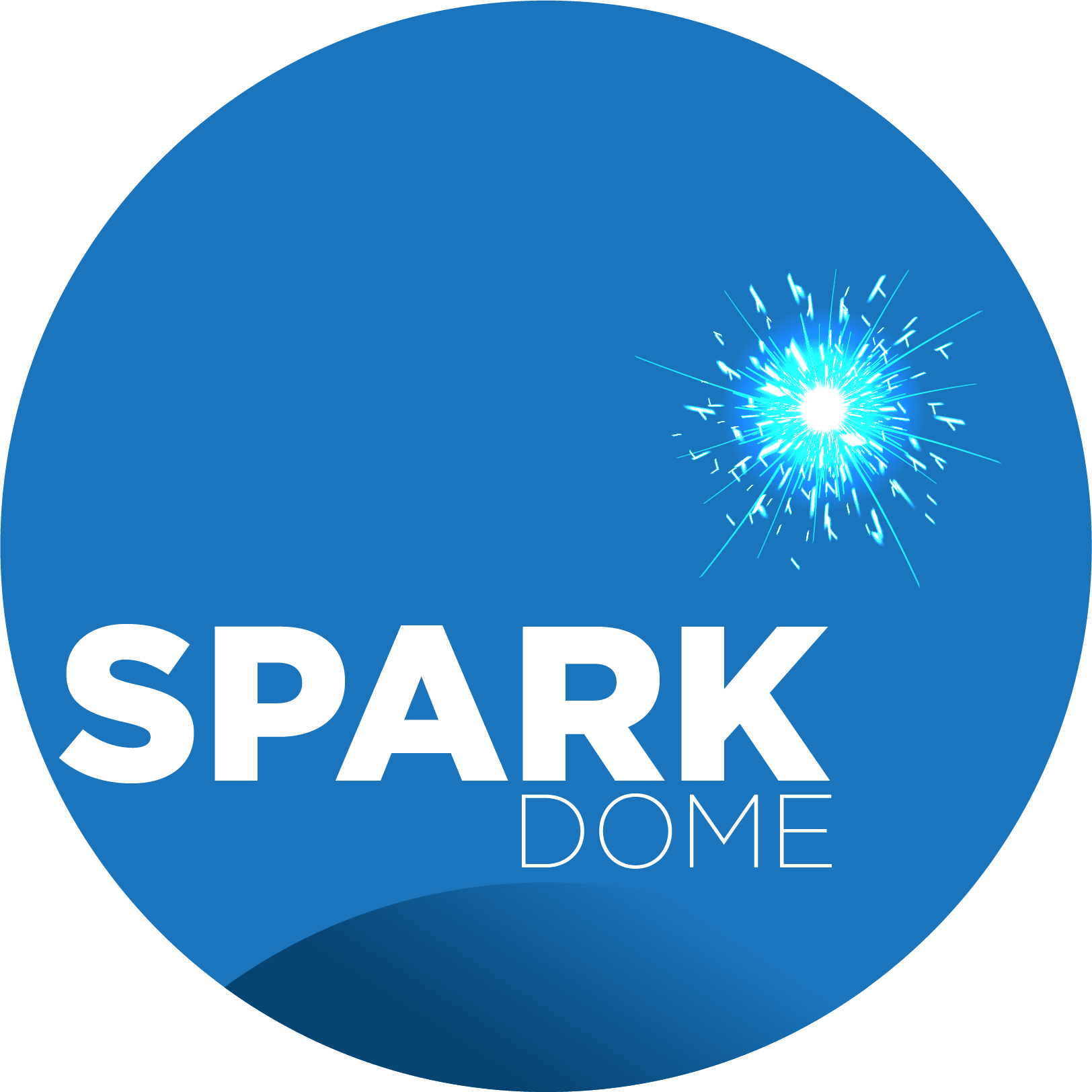 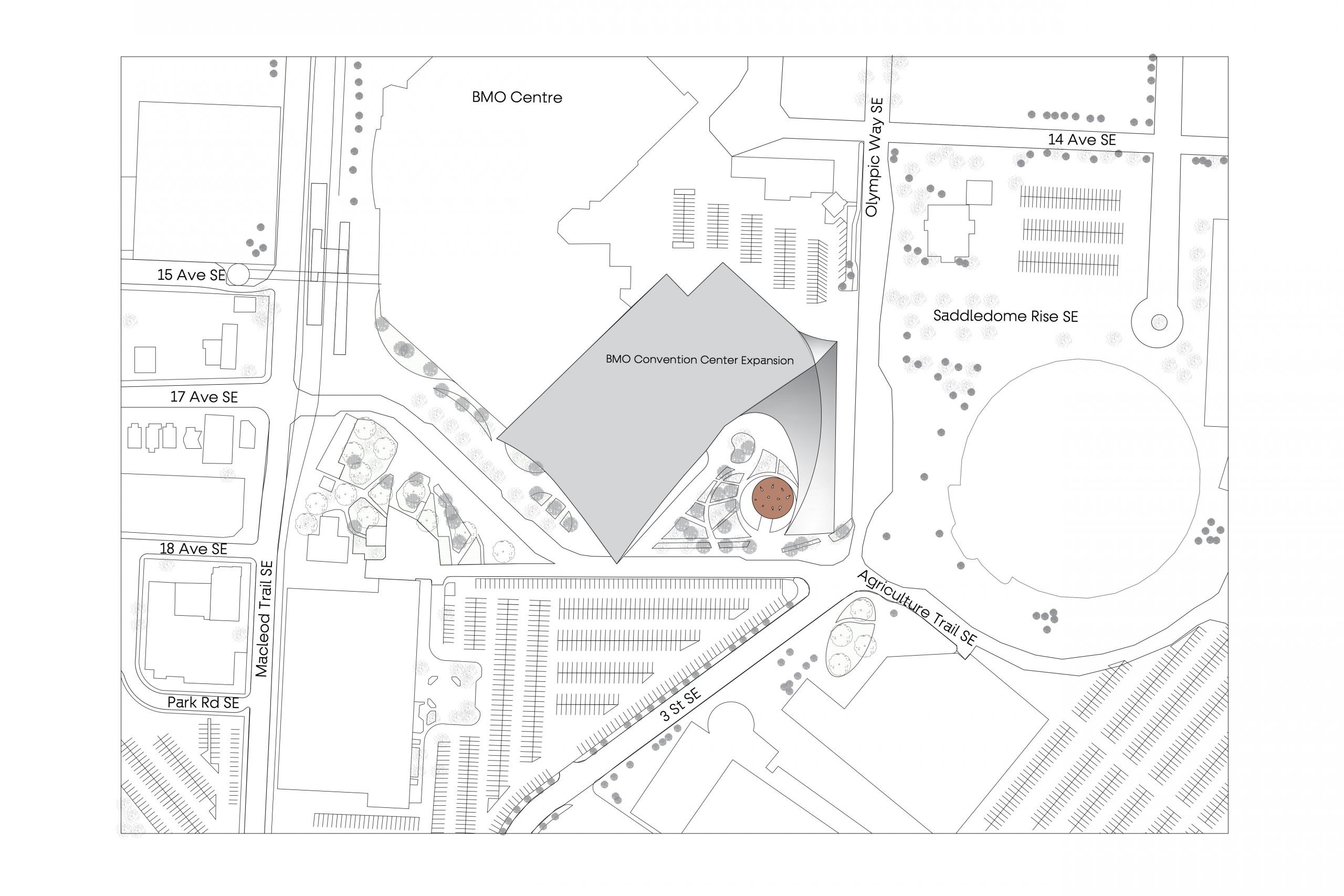 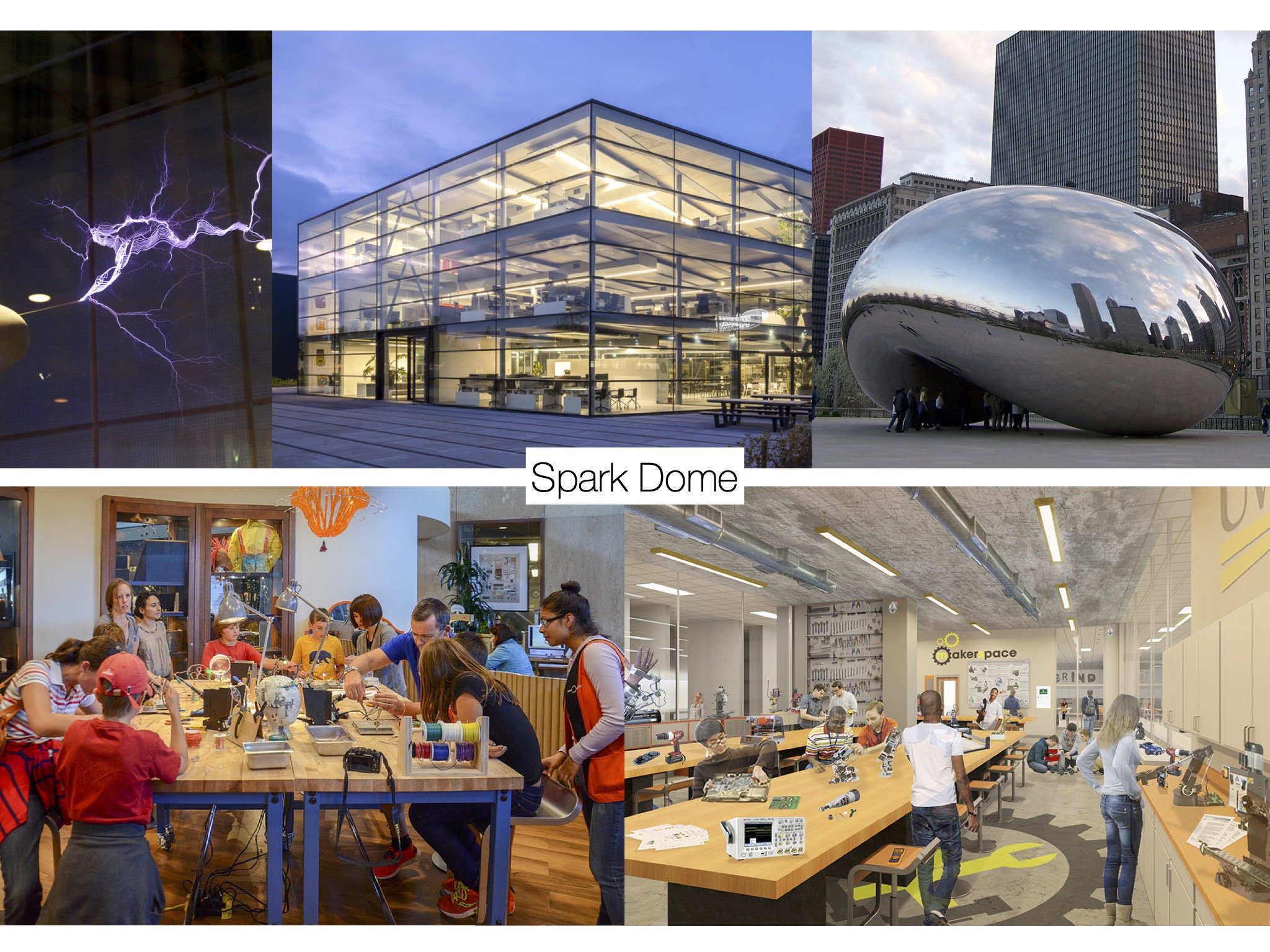 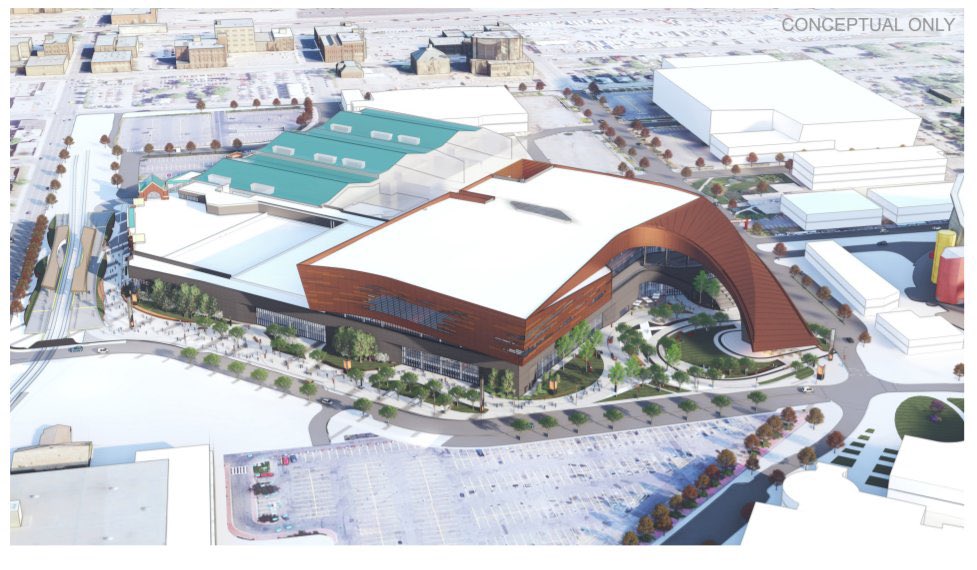 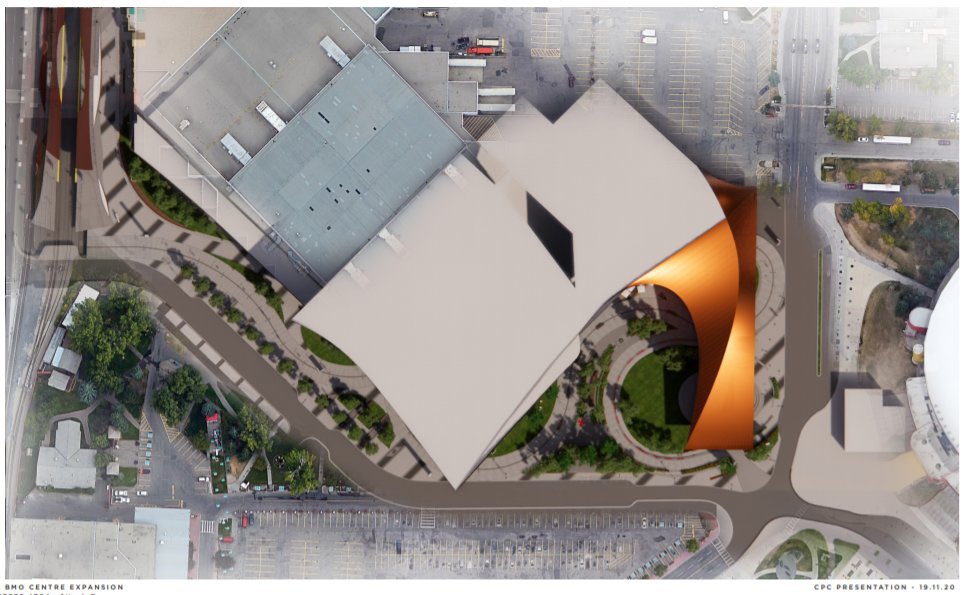 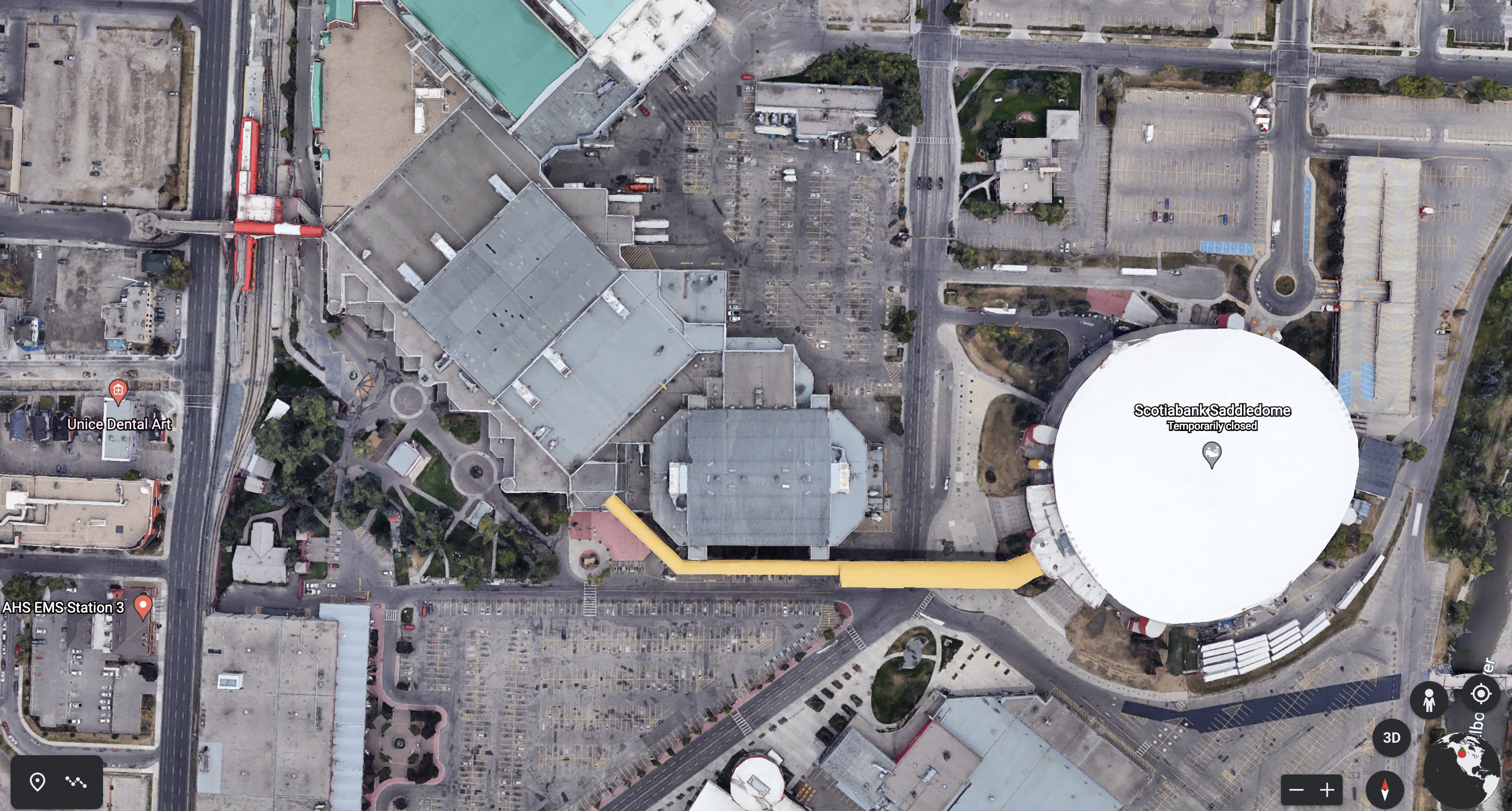 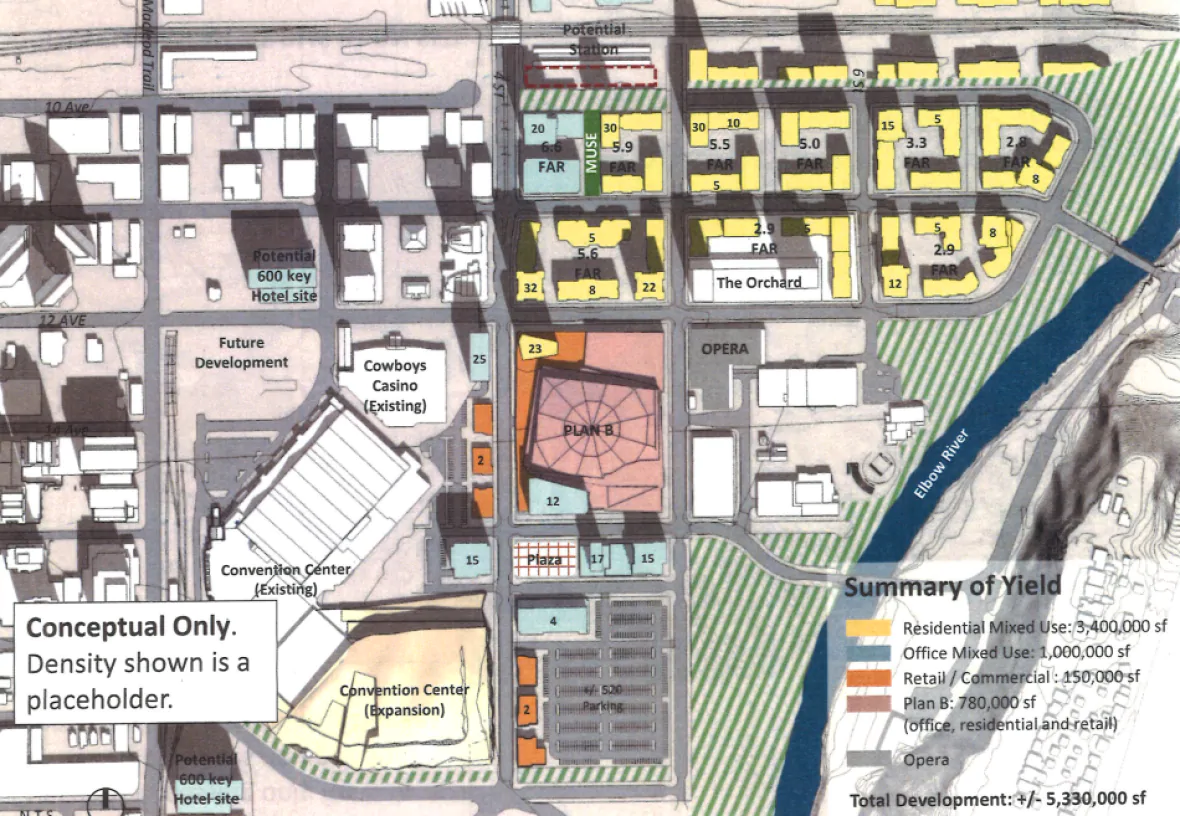 Proposed redevelopment for the Victoria Park neighborhood would see the addition of an opera house, a new arena, hotels, and a potential new C-Train station added to the neighborhood. (CMLC)